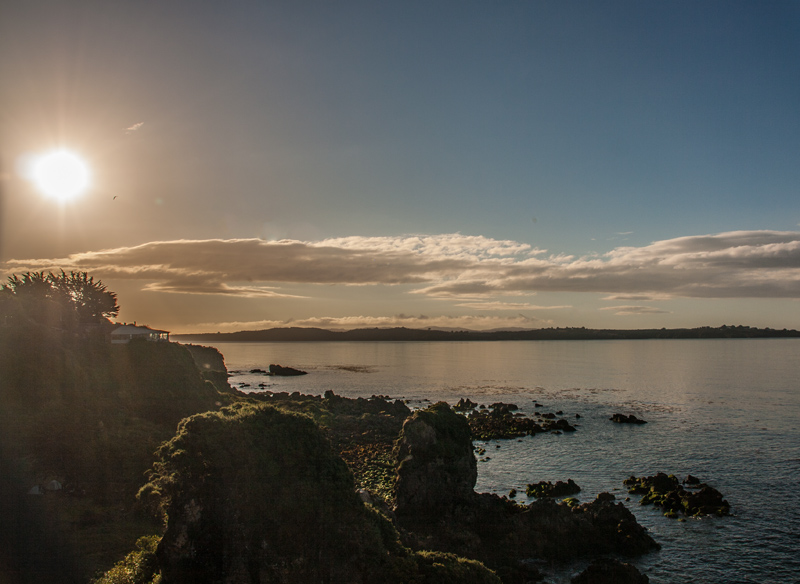 Despite being 3 months in, I’ve realised that I’ve hardly begun the enormity of this challenge.  That I’ve been through to get here is merely the froth on top of my morning coffee or is it that the whole dream is really a succession of nightmares, with pockets of dreamland to connect them?

What have I begun?

The Isla de Chiloe was nothing short of brutal.  The hills were by far the steepest I’ve encountered on a loaded bicycle, the only saving grace was they didn’t last for long.  The scenic route on small ripio roads tore my quads to shreds.

One crazily steep piece of ripio claimed a piece of my pride, by tossing me into the dirt.  I had come to a stop halfway up, balanced precariously, rear wheel spinning as I tried to get going again.  Brakes hard on to prevent me and the bike tumbling backwards.  The front wheel slewed sideways, tipping me over.  Managing to catch an errant water bottle as it attempted to reach the bottom of the hill.

Now I was mad.

Veins popping, obscenities shouted at the hill, the road, the sky.

Brakes hard on, engage one pedal, balance, weight on the rear, turn the pedal, try to engage the second pedal before I lose my balance.

Eventually  I succeed and make the top of the hill with my heart jumping out of my chest.  Pride restored.

The island repeated the same trick plenty more times.  I would have ridden straight off it if I hadn’t been waiting for a package to arrive in Puerto Montt, a city just to the north.  A place that no one recommended spending any time in.  I laid up short in the town of Ancud at the top of the island, in a beautiful campsite on top of the cliffs.  A much needed few days rest.

Thankfully my package soon arrived and I made my way to Puerto Montt the quick way.  Straight up the Pan American Highway, Ruta 5 in Chile.  A day that was absolutely no fun, cycling along the hard shoulder of a separated dual carriageway.

Puerto Montt was not a nice place and I was in the not nice end of town.  I collected my package, did some shopping for amongst other things a new warm sleeping bag.  This was going to be my last chance to get decent quality equipment before I headed back into Argentina where quality foreign goods just aren’t available.  I wasn’t stuck with the paradox of choice in Chile either, making buying decisions easy.

Skirting around Volcan Osorno I headed for the border.  The banality of myself as a foreign cyclist having to queue up at Customs to get a stamp to say I didn’t need a stamp still making me chuckle rather than fume.

The climb over the Andes, just a bump at 1320m compared to what is ahead, left me exhausted.  A German woman in the campsite I stayed in, asking if I had come to South America for the Falklands before saying she thought I looked 18 (I’m 38)  leaving me exasperated, devoid of a pithy comeback.

I had crossed back into Argentina to take a less trafficked route north.  It will be slower but I felt there isn’t much point heading up a dual carriageway in Chile.  When I consider the options it always returns me to why am I doing this?

Is the point merely to reach Alaska?

I don’t have an answer to that question.  If I say yes, I attach my self worth to reaching Alaska, which is a dangerous precedent to set.  If I answer no, what is the point in what I am doing?

For now, the point is to head north on roads that are interesting to cycle on.

The day after I entered Argentina, dark clouds formed overhead, literally and metaphorically.  I read up on the route in front of me and the altitudes of the roads that plotted my course north.  Doubts consumed me.  I had struggled to get over the pass from Chile, a 1000m ascent.  There were roads four times as high ahead of me.

I entered the spiral of fears and worries.  Over 3000 metres, altitude sickness is a concern.  I’ve been higher than that a few times in my life and it’s hit me each time, although I’ve recovered after a few days.  I wasn’t riding a laden bicycle before though.

This is too much, I’ve bitten off more than I can chew.  How can I get out of this?  I don’t want to do this anymore. 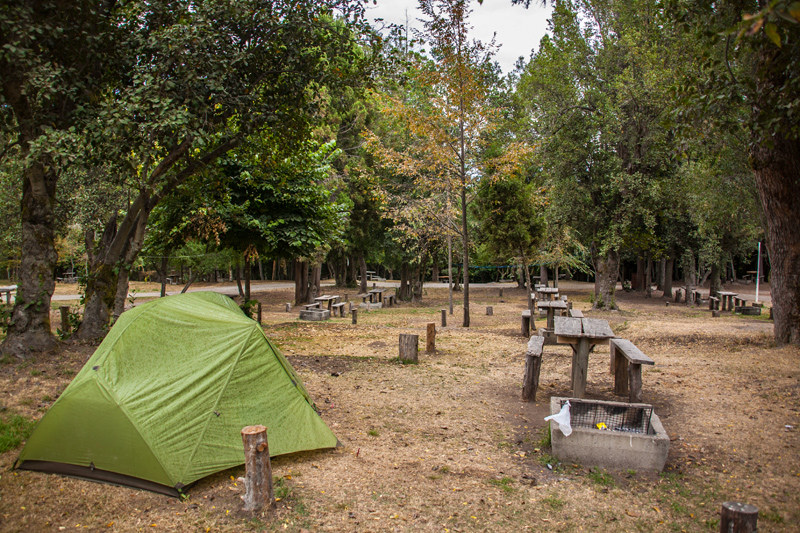 All this running through my mind whilst I had managed to have a day off in a deserted campsite, having left Jan behind in Ancud, I was on my own once more.  Devoid of anyone to voice those fears too, they compounded until I bought a bottle of wine and allowed them to morph into melancholy.  Always a bad more but very difficult to break the habit.

The next morning I did the only sensible thing and got on my bike and road north through the Argentine Lake District.  Thoughts of giving up more prevalent than usual.  I do think about giving up a lot of the time, I also think about reaching the end of South America, entering the United States, reaching Alaska…..they balance each other out so far.

The only way I know how to keep going is to focus on today, tomorrow and maybe the few days after.  A few hundred kilometres north at best.  Where can I get food, water and rest in that distance?

I think this is why long journeys by bicycle are such a mental challenge.  It’s the monotony.  I don’t mean the landscape, I mean the way you compress your fears and worries into a very large box and open the very small one that says ‘basic elements to enable forward progress’.  And you do that each and every day.  It’s impossible to see the end of this repetitive cycle.  It’s impossible to fathom the energy it’ll take to get there.

I have no doubts that integrating back into life at home will be difficult after so long leading such a simple life.  The contradiction jarring.  That isn’t a thought that worries me too much at present.  What I have considered is that no one (bar those who have done the same thing) will be able to empathise with what it’s actually like.  It is why I appreciate the kinds words many have expressed and continue to do so.

Today I’m resting.  My right knee is sore and I got a lot of sun yesterday (unavoidably) and felt drained.  I sat in front of the ingredients for my dinner last night and wished for it to be cooked and placed in front of me.  A sure sign of fatigue.

Tomorrow, or maybe the day after I’ll continue north, hoping for serendipity to cross my path.

13 Responses to “Hoping for Serendipity”

The Journey so far

If you have enjoyed the site and want to give something in return, feel free to use the button below. All proceeds go to Iain's beer/pizza/book fund.